Develop a passion for learning. If you do, you will never cease to grow.

THE FACES OF KING'S COLLEGE, LAGOS

This is what they teach us in the Good old School

Only by obedience may you learn to rule.

Nurtur'd in her classrooms in our early youth.

Where we learn to cherish chivalry and truth.

THE FACES OF KING'S COLLEGE, LAGOS

School is a building which has four walls with tomorrow inside

Quality Education For Your Children

Sporting Facilities: Our Sporting facilities are standard and we encourage students to show all skills and passion within.

END_OF_DOCUMENT_TOKEN_TO_BE_REPLACED

We have an amazing group of passionate teaching and non-teaching staff who really love what they do.

END_OF_DOCUMENT_TOKEN_TO_BE_REPLACED

Our environment is secured with visible presence of security personnels and equipment.

END_OF_DOCUMENT_TOKEN_TO_BE_REPLACED

A Welcome Address
From the Principal

On behalf of the management, staff and students of Kings College, I welcome you to our official website.Kings College Lagos is an all-boys school founded September 1909, situated at 3 Catholic Mission Street, Lagos Island, LagosAt Kings college, excellence is our watch word, we believe that whatever is worth doing at all is worth doing well, we seek to establish this standard in our every operations and instill this value in our Wards.Every boy child committed in our care is guaranteed quality education under skilled instructors.  We aim to establish a solid foundation for all our Children through their academic and professional journey in life. We are also interested in the physical, social and psychological development of our Students, edging them to become responsible and impact driven  members of society.Our facilities are up-to-date making us infra-structurally positioned to deliver quality education to your children. We welcome applications from all parts of the country. We are ever ready to make Kings out of your male wards.Connect with us via kingscollegelagos@yahoo.com. We look forward to having a rewarding relationship with you.Welcome to our Website! 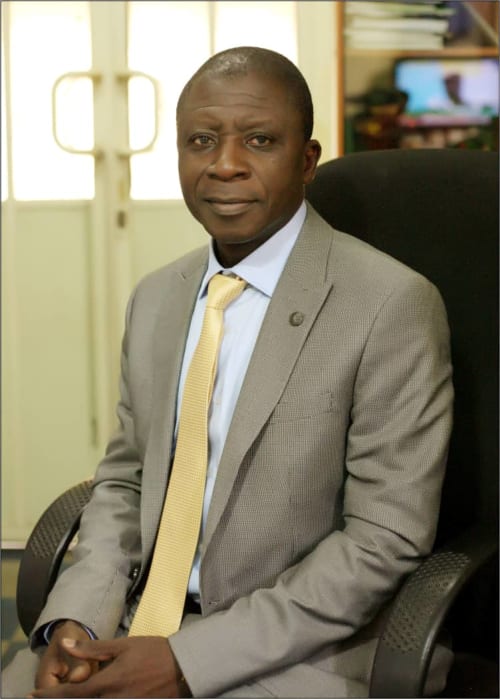 Stay up to date with our events

PROFILE OF OUR PRINCIPAL MR. AGADA ALI ANDREW PKC25 Mr. Agada Ali Andrew was born on the 25th of March, 1965 to the family of Mr. and Mrs. Agada from Omulonye, Ugboju in Otukpo Local Government Area of Benue State. He started his primary education at L.E.A Primary School Onyagede (FSLC) from 1971-1977. He obtained his secondary school certificate from Emmanuel Secondary School, Ugbokolo from year 1977-1982 and later proceeded to the University of Calabar, Calabar-Cross Rivers State where he obtained a Bachelor's Degree in Agronomy in 1987. In 2001, he bagged a PDGE Certificate from Benue State University, Makurdi. Shortly after that, still, with an unquenchable thirst for education, he returned to the University of Calabar, Cross- River State where he added another feather to his cap with a Master's Degree in Soil Science. WORKING LIFE He joined the education sector. He got an appointment with the Federal Ministry of Education in 1995 and was posted to Federal Government College, Vandekia. Between 1995 and 1997, he held the post of Senior Boarding House Master (SBHM). In 1997, he was transferred to Federal Government College, Otoibi where he held various posts such as Senior Boarding House Master (SBHM), Head of Department (HOD) of Vocational Studies and the PTA Financial Secretary. He was later transferred to Federal Government Girls' College, Calabar in 2008 where he held the following posts; Head of Department of Vocational Studies and Examination Officer. Later, he was elevated to the post of Vice-Principal Special Duties in the same school. In 2014, he was transferred to Federal Science and Technical College, Uromi where he held the post of Vice-Principal Academics from 2014 to 2017. In 2018, he was transferred to Federal Government College, Gobi. A very hardworking, compassionate, proactive visionary officer, it was a little wonder that this gentleman was found worthy by the Federal Ministry of Education and appointed as the Principal of Federal Government College, Warri in 2018. It was as the Principal of Federal Government College, Warri that the starring, administrative and leadership skills of Mr. Agada Ali Andrew came to bare. In March 2019 when a big vacuum needed to be filled in King's College life. It was indeed not surprising that this dogged, highly unassuming bundle of experience was ear-marked and sent to this citadel of knowledge to fill this vacuum. Consequent upon his arrival at King's College, Lagos, he moved into action. His contributions are already being felt by parents, staff and mostly the students. As principal, Mr. Agada Ali Andrew increased the participation of teachers in extension lessons, night prep, students' college life in general and improved teacher's relationship in particular. He suppressed the rate of extortion and bullying in college. Teaching and learning environment has been enhanced for effective learning. Even the I.C.T Resource Centre is now functional. He has attracted goodwill to the school, most especially from the Federal Ministry of Education, King's College Old Boys' of different sets and Parents and Teachers' Association. Mr. Agada Ali Andrew was also honoured with some awards and prizes. He won the Best Teacher of the Year Award in 2004 at Federal Government College, Otoibi. Best Head of Department Award in 2006 at Federal Government College, Otoibi. Meritorious Award from P.T.A of Federal Government College, Otoibi. Mr. Agada Ali Andrew is married to his beautiful better half, Mrs. Esther .O. Agada and they are blessed with three lovely children. His hobbies are listening to Christian music, playing table tennis and showcasing his football skills. Join me as we officially welcome this great young achiever, a teacher per excellence, a father, a role model, peacemaker, motivator, a great thinker with an excellent personality, PKC 25, Mr. Agada Ali Andrew.

END_OF_DOCUMENT_TOKEN_TO_BE_REPLACED

Three Projects from the government appropriation for the budget year have been completely executed. The others are yet to be cash-backed and may have to wait for future attention. The Kitchen and the dining hall at the annex has worn new looks. A VIP toilets of six compartment was also constructed at the main campus. The College was equally blessed with a new 17-seater bus to add to its fleet. Computer accessories were also given reasonable attention. The outstanding projects for the budget year are: Provision of borehole and water reticulation Purchase of computer and computer accessories Purchase and installation of electronic interactive boards

END_OF_DOCUMENT_TOKEN_TO_BE_REPLACED

The Open Day for Second Term comes up on Tuesday, March 10th at the Main Campus. Parents and students of SS1 To SS3 are expected at the Main Campus Assembly Hall. Time: 9 am - 2.00 pm. This will afford parents the opportunity to have a good knowledge of the conduct of their children, as well as their academic performance. I admonish parents to continue to utilize any opportunity provided by the College to examine the progress of their children and their adjustment to school life.

END_OF_DOCUMENT_TOKEN_TO_BE_REPLACED

WE KEEP YOU IN THE KNOW

KING’S COLLEGE, LAGOS FIRST TERM NEWSLETTER TO PARENTS 9th December, 2022   Protocol   We thank the Almighty God for sustaining us to the end of First Term 2022/2023 Academic Session. We appreciate you our Esteemed Parents/Guardians for your supportive...

END_OF_DOCUMENT_TOKEN_TO_BE_REPLACED

NOTABLE DATES from the Calendar of Events

END_OF_DOCUMENT_TOKEN_TO_BE_REPLACED

THE OPEN DAY FOR SS1 - SS3 STUDENTS COMES UP AT THE MAIN CAMPUS ON TUESDAY 10/03/2020.9 A.M TO 2 P.M @ THE COLLEGE ASSEMBLY HALL (MAIN CAMPUS)ALL PARENTS ARE INVITED TO INTERACT WITH THE TEACHERS AND OBTAIN FIRST-HAND INFORMATION...

You're In Good Company

Just a sneak peek at what we've been upto.

BIRTHDAY CELEBRATION OF OUR PKC 25

We make sure our parents get the best of their wards

Your teachers are awesome, you are doing a wonderful job and I am super grateful

Admission processes at King's College this year were seamless, stress-free, and well organized. The ICT staff were always there to attend to parents 24/7.

BE THE FIRST TO KNOW WHAT'S HAPPENING

Send us a Message


Send us a message and we'll get to you as soon as we can.